If you could have one superpower, what would it be? Flying? Super strength? Invisibility? As I kid, my answer was telekinesis, because a telekinetic person can also fly and simulate super strength. And if you had telekinetic control over atoms, you could

freeze stuff or start it on fire

But I think I have a different answer now— 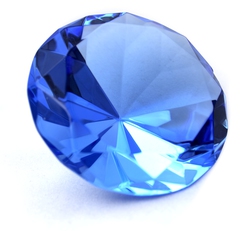 Growing up, my dad often sang part of a certain hymn and then tried to point out how profound the words were:

Oh say, what is truth? ‘Tis the fairest gem

That the riches of worlds can produce,

And priceless the value of truth will be when

Is counted but dross and refuse.

As I become wiser to the world, those words become more and more profound. I now find myself singing the same hymn. The world is full of falsehoods and unknowns. Falsehoods are spread (and truth witheld) both maliciously and unintentionally.

I had to laugh as I looked for a recording of the hymn to embed. Here’s one I found—ironic false advertising at its best (since the song that actually plays is not Oh Say, What is Truth?):

Here’s a more faithful representation of the song

If I could have any superpower, it would be to know the truth.

I like this definition of truth: “things as they really are, and … as they really will be.” I’d be content with just the former, but would gladly take the latter in a package deal.

How fun (or maybe terrifying) would it be to know the thoughts and past actions of our current political candidates with complete certainty? How about to know the exact right thing to say to someone who’s sad? Think of the laws you could make if you knew all truth. Think about medicine, or police work. History books from such an empowered author would make for terrific reading (unless they used lots of run-on sentences like I sometimes do).

And yet, if I had such a power… would anyone believe me? Rather than wonderful, it might be paralyzingly frustrating to have this superpower. (Of course, I’d know they wouldn’t believe me… so…)

Here’s the strange thing about wanting this superpower: since I believe what’s written in the scriptures, I believe that we can all almost have it. Christ promised to pray that his first Apostles could be given “the Spirit of truth” which would “teach [them] all things and bring all things to [their] remembrance, whatsoever [Christ had] said” to them (John 14:16-17, 26). That “unspeakable gift” is the Gift of the Holy Ghost, given by the laying on of hands by those with authority (D&C 49:14, Acts 8:18, AoF 5).

I say almost because it seems, from other verses, that the Spirit of Truth isn’t there to teach us everything necessarily, but only the things we need.

Now that I think about it, though, filtering all truth (e.g. the lives and doings of every person that ever lived) down to just the stuff I need might be a better version of my superpower.

Imagine if the Internet only contained the things you need?

Well, I certainly agree with my dad: truth is one of the most precious thing we can find on this earth.