By word, first, do we approach heaven.

Words are powerful—spoken or written. Words can both incite and calm. They make you laugh and cry. Words change your behavior. Through words, you learn about the world.

And nowadays we have Emoji, too!

In my freshman English class, we studied the concepts of ethos, pathos and logos as mechanisms for persuasion. Quick (imperfect) review:

For one assignment, we had to identify how a persuasive speaker/writer used ethos/pathos/logos to persuade people. I chose to study Hitler. Yes, Adolf. He definitely qualifies as persuasive.

In studying a few of his speeches, I noticed a fourth method of persuasion: lying. Hitler told blatant lies and gave false promises. Technically, lying is not a persuasive technique (my teacher pointed that out and had me remove those parts)—rather, you use pathos/ethos/logos to peddle your lies persuasively.

I’ve never forgotten that. Hitler convinced otherwise normal people to do horrendous things, and he relied heavily on persuasive deception to do it.

We are surrounded by words. And I want to point out that some of the words we swim in are not genuine. Some deceive intentionally and others innocently.

A few thousand years ago, an angry man wanted to make himself king. After failing, he was chased from his land into the country of his enemies. These two groups had been at war for some time—and they were fatigued from all the fighting. They didn’t want to be involved in any more wars. Sound like any countries you know?

Eventually, through betrayal and murder, this man achieved influence in the government of his (once) enemies. And he decided to use that influence to make his once-enemies go to war against his own people. The war-weary populace had vowed not to fight anymore. And so, the evil man did this: 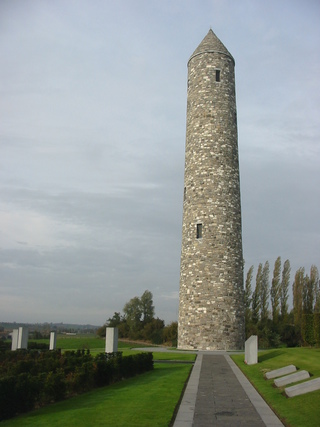 Over the course of a year this man persuaded the war-weary people, who had vowed not to fight, to go to war. He spoke to them constantly, from intentionally-built towers, eventually wearing them down.

There are such towers today—towers spewing words, shaping your opinions, changing your mind, and choosing the words you use. That last one is dangerous because it is so subtle. Consider these groups of words:

Among those words, with both overlapping and distinct meanings and connotations, some are “okay” and some are “not.” Many have significance in law.

It matters which words you use. And in discussing issues, if opponents are allowed to choose your words for you, you are already losing. Here is one example.

A small school district in North Texas recently adopted a rule that students must use bathrooms that correspond to the gender that they were assigned at birth.

That “small school district” is Harrold ISD and the actual text of their rule states this (emphasis added):

“Biological sex” shall mean the physical condition of being a male or female as stated on an individual’s birth certificate.

Every multiple occupancy bathroom or changing facility shall be designated for and used only by individuals based on their biological sex.

The Superintendent or campus principal may make reasonable accommodations upon a person’s request due to special circumstances.

The NPR reporter subtly swapped the actual words “biological sex” with “gender assigned at birth” as if they were interchangeable. They are not. As I’ve mentioned other places, I refuse to honor the phrase “gender assigned at birth” because it is a misnomer. Doctors don’t assign gender—they observe it. There are cases where it is ambiguous, but that is the exception, not the rule.

(It’s also interesting that the reporter ignored that accommodations for special circumstances are built into the rule).

Want to read a (much-better-written) article about how lies propagate throughout the Internet? This one about Street Sharks is great.

P.S. Remember that quote at the top from Galen? It sounds nice, but it’s totally made up.